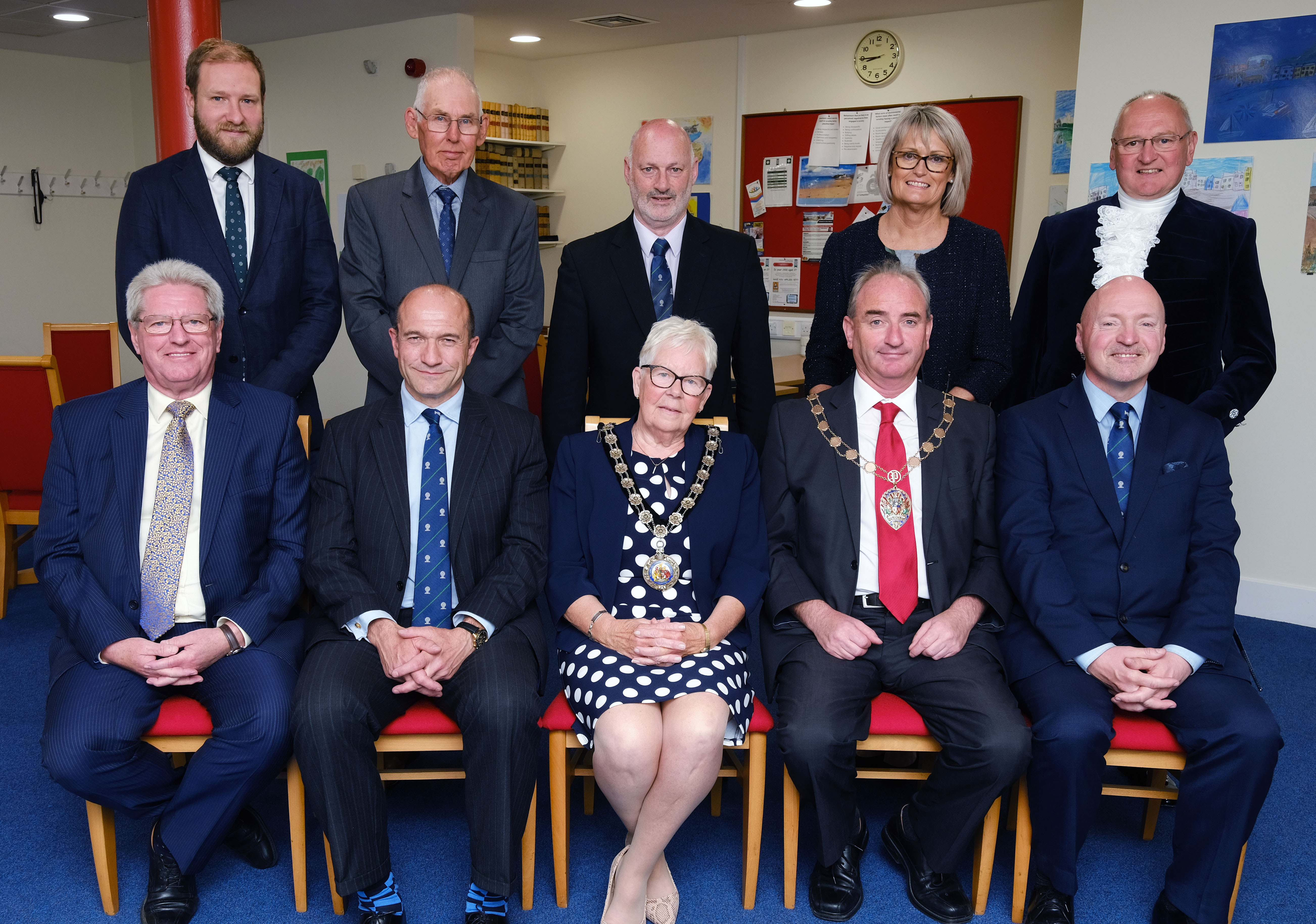 Cllr Davies, previously the Authority’s Vice-Chairman, was installed at today’s Annual meeting of Council at County Hall in Haverfordwest.

Councillor David Simpson – who will remain as Council Leader - proposed a vote of thanks to Cllr James.

The new Vice-Chairman of the Council is Councillor Thomas Tudor (Haverfordwest Castle) who expressed his pride at the nomination.

Councillor Simon Hancock will remain as the Authority’s Presiding Member.

Cllr David Simpson, who was elected to Council in 2004, was the sole nomination for Leader.

Cllr Simpson will complete his Cabinet choices over the coming days but he announced that Councillor Paul Miller (Neyland West) will become Deputy Leader of the Council.

The Lord-Lieutenant of Dyfed, Miss Sara Edwards, and the High Sheriff of Dyfed, Mr Rowland Rees-Evans, attended the Annual Meeting as guests.